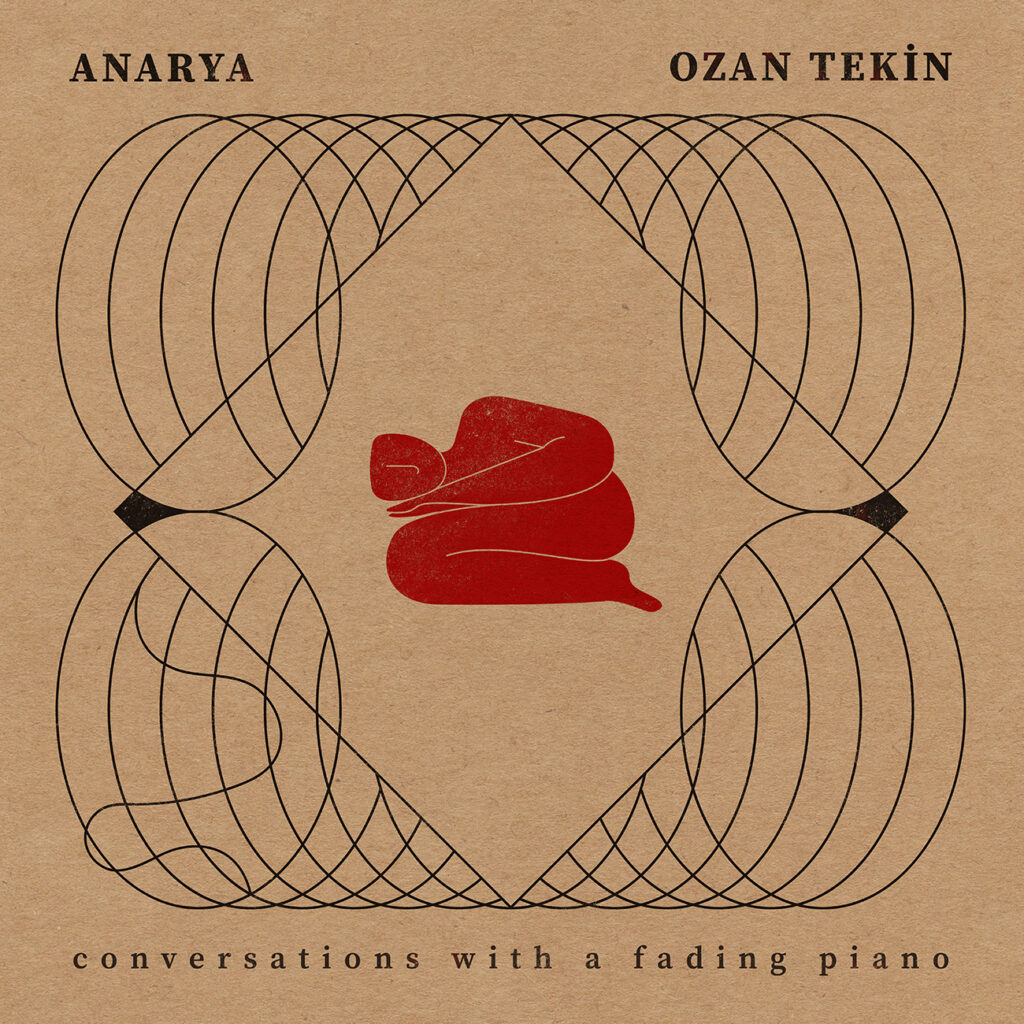 buy on bandcamp
listen on spotify

Tekin winds his musical journey back from Cologne to Adana with a long layover in Istanbul in “Anarya”, a triangle of migration drawn by musical notation and performance. The album is composed of 14 tracks, and each one of them is a sound story that echoes Tekin’s distinct memories from these three cities. “Anarya” is the end product of a process in which Tekin and his upright piano co-tuned each other. It is an artistic representation of the idiosyncratic phenomenon called stimmung in German; a spectrum of tones, moods and atmospheres expressed in personal and instrumental terms.

The transposed narrative of “Anarya” sprung up from its roots when Tekin came across a 66-years old worn-out piano in Cologne. Mesmerized by its unique sound, he felt the urge to make recordings with this piano before it fell apart. After spending months learning its mechanics, Tekin recorded his second album with the old upright piano he repaired and brought back to life.

The remarkably catchy melodies and immersive melancholic arpeggios with uneasy changes in time signatures set up the atmospheric stage of “Anarya I” in the first five tracks. The gloomy synths of the 80s, the lush strings, and room tones of “Anarya I” are followed by the next six tracks of the album from “Anarya II” that revisit Tekin’s emotional and episodic memories in Istanbul. His unaffected absorption into piano music in the first two parts of “Anarya” is followed by his coyishly joyful tracks later in the album: an idle “ode”, a lost “lament”, and a colorful “jam”. These three tracks blend the neoclassical, jazz, and ambient sounds of Cologne and Istanbul with sentiments of childhood and rascality in Adana.

The piano conversations of Tekin throughout “Anarya” are accompanied by his analogue synthesizers, vocals, bass guitar, Hanitra Wagner’s violin, and Berke Can Özcan’s drums, percussions, and vibraphone, and Emre Malikler’s mix and mastering. The sounds of collaboration go deeper and louder as the album’s tracks move forward and Tekin’s memories go backwards simultaneously. Anarya gitmek (“to go back”) is a vernacular saying from Tekin’s hometown Adana and Tekin makes a figurative attempt to migrate backwards via the compositions that came into being in his most recent home, Cologne. Having been born out of an upright piano, Tekin’s music has instrumental origins. However, due to his constantly mutating sense of belonging, his melodies can’t be pinpointed to any specific heimat.

Written and produced by

Mixed and mastered by

Artwork and design by