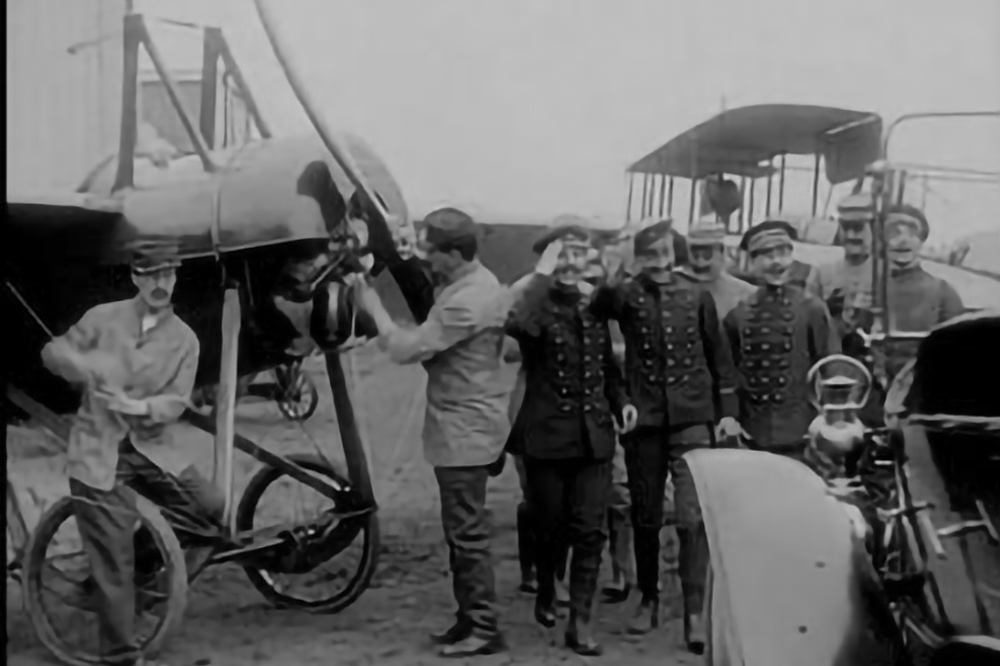 The Belgian government wanted to stay neutral during World War I while the Germans had long since decided to pass through Belgium to reach France. This caused the country to become one of the bloodiest fronts of the war. Set in 1914 (before World War I broke out), the film tells the story of two friends who train as aviators against a possible border clash. When the war breaks out the two friends find themselves on opposing sides and have to fight one another. The film’s main theme revolves around this situation and its effects on their families. Though it was made before the war had started, this antiwar film virtually foresees and revolts against the incredible losses the war would inflict by 1918.