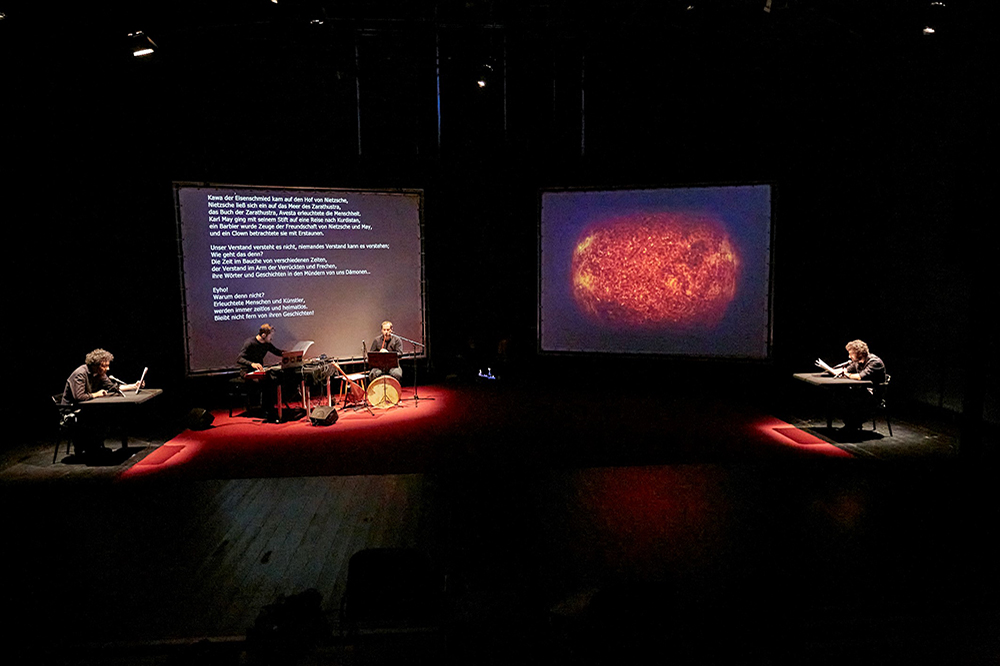 What do Karl May and Friedrich Nietzsche have to do with each other? The one can be considered one of the first pop stars of world literature with editions such as that of Harry Potter author Rawlings, while the other is one of the pioneers of postmodernism with “The Birth of Tragedy from the Spirit of Music” and his World Without God. As different as the contemporaries were, there are nevertheless a few similarities: both had a strong sense of mission, were Saxons, mustachioed, and used Kurdish culture (and landscapes) in their works (“Durchs wilde Kurdistan” and “Also sprach Zarathustra”) to tell their stories and visions.

The short plays that the German and Kurdish authors Volker Lüdecke, Mirza Metin, Wajiha Said and Katharina Schlender have now written for this project reflect, from their perspective and in extremely different forms, the confrontation with those great protagonists of trivial literature on the one hand and philosophy on the other.

Space and costumes by: